Chikae Ide is one of the leading manga artists of Japan, who has been drawing comics over half a century. Japan has a very long history of manga(comic art in general), which forms a significant part of popular massentertainment today. Manga also performs very important social, cultural,and psychological functions. Japanese manga and anime (animation) has become a worldwide phenomenon – an international, popular, mass entertainment, and a huge business.Ide debuted with her comic story “Yakko no Sindobaddo” in Ribon (a girls’ comic magazine) in 1966. She has been contributing a great number of manga stories for girls, men, and women, which appeared in numerous weekly and monthly magazines such as BE LOVE, Family Mystery, Mystery la comic, Mystery JOUR, MAY, and Sutekina shufutachi (Wonderful housewives). She has drawn more than 86,000 pages of manga, and her comic stories have been compiled and published as single volumes. Many of them are also available at Amazon’s Kindle Store now. Her comics provide the readers with not only the depictions of Japanese social and cultural life but also with insights into them.           The genres Ide covers in her comics are various: love andromance, mystery, action and adventure, horror, history, and women’severyday lives. She is quite talented in creating her stories and excels in depicting all ranges of human emotions as well as intricate web of Japanese human relationships. Ide draws not only contemporary stories but also historical materials such as The Tale of Genji written by Lady Murasaki in the early 11th century.         The art and works of Ide reflect her family influence. She was bornthe youngest child in her family in Nagano. She started to show interest in drawing when she was five, and it was her father who inspired her to draw pictures. Ide wanted to be good at it like him and practiced diligently and every day. She enjoyed reading girls’ and boys’ comics. Her brother also introduced her to the world of Agatha Christie when she was in her elementary school, and she read all Christie’s works. Ide loved to read mystery and history in her youth.           Back in Nagano, Ide was an excellent high school student who read all the books in the school library. She wanted to go to a university, but her conservative father wanted her to work and then marry. Upon graduation, Ide left for Tokyo and found a job at Toshimaen, a large amusement park. Her job was to clip newspaper and magazine articles on the amusement part industry in the world, and Ide spent many hours reading and gaining knowledge on current affairs. After working from nine to five, Ide would return to her apartment and draw manga until late at night. Her hard work paid off, and she debuted within a year.           One day Ide met an exceptionally handsome and tall man sittingnext to her on a bullet train while she was traveling. She fell in love. She married him in her 30s and had three children, but it was a nightmarish and dysfunctional marriage. Ide’s over-self-indulgent husband was diagnosed with schizophrenia and depression, but he would not go to a hospital for treatment. Ide and her children suffered from an extremely bad case of domestic violence from him. He also controlled the family finance, did not work at all, and spent all the money on his fabulous cars. Ide still remembers those days when they had their gas and water turned off, and she had to be really creative in cooking meals for the children. She used different pseudonyms and drew manga. In addition, Ide illustrated children’s books to make a living for her family. Luckily she could pay off all the huge debts that her husband accumulated with her hard earned money. She wanted a divorce, but it took ten years to settle matters.           Interestingly, Ide is not really bitter about her marriage. Sheis thankful to have three beautiful grown children and a grandchild. All the negative and afflictive emotions she had to endure during her marriage now help her realistically depict the protagonists’ feelings and emotions in her ladies’ comic stories.So-called “Ladies’ Comics” is a genre of Japanese comics that emerged in the early 1980s. Avid fans of girls’ comics grew up and wanted to read comics appropriate for their age, social status, and situations. They wanted more love, romance, and adult content. At the early stages of the development of ladies’ comics, publishers could not secure professional ladies’ comic artists, and they hired girls’ comic artists. Ide made a successful transition to ladies’ comics in the late 1980s and became one of the most popular ladies’ comic artists.Ide views that her comics have not only elements of entertainment but also a counseling function. Ide wants her ladies’ comics’ readers to explore and examine things from different perspectives before arriving at conclusions or resolutions in their everyday lives.Ide’s living quarters and studio is now located on the 15th floor of asleek high-rise condominium building from which she can enjoy the gorgeous views of historical Kyoto and the surrounding mountains as well as the bullet trains that pass through the city. Her condominium is only a short ride from the central station. Thanks to technological innovations, Ide now sends her manuscripts electronically in the text format via an internet company. She says that it saves her a lot of time. Ide is in love with comics and wants to keep drawing until the day she dies. 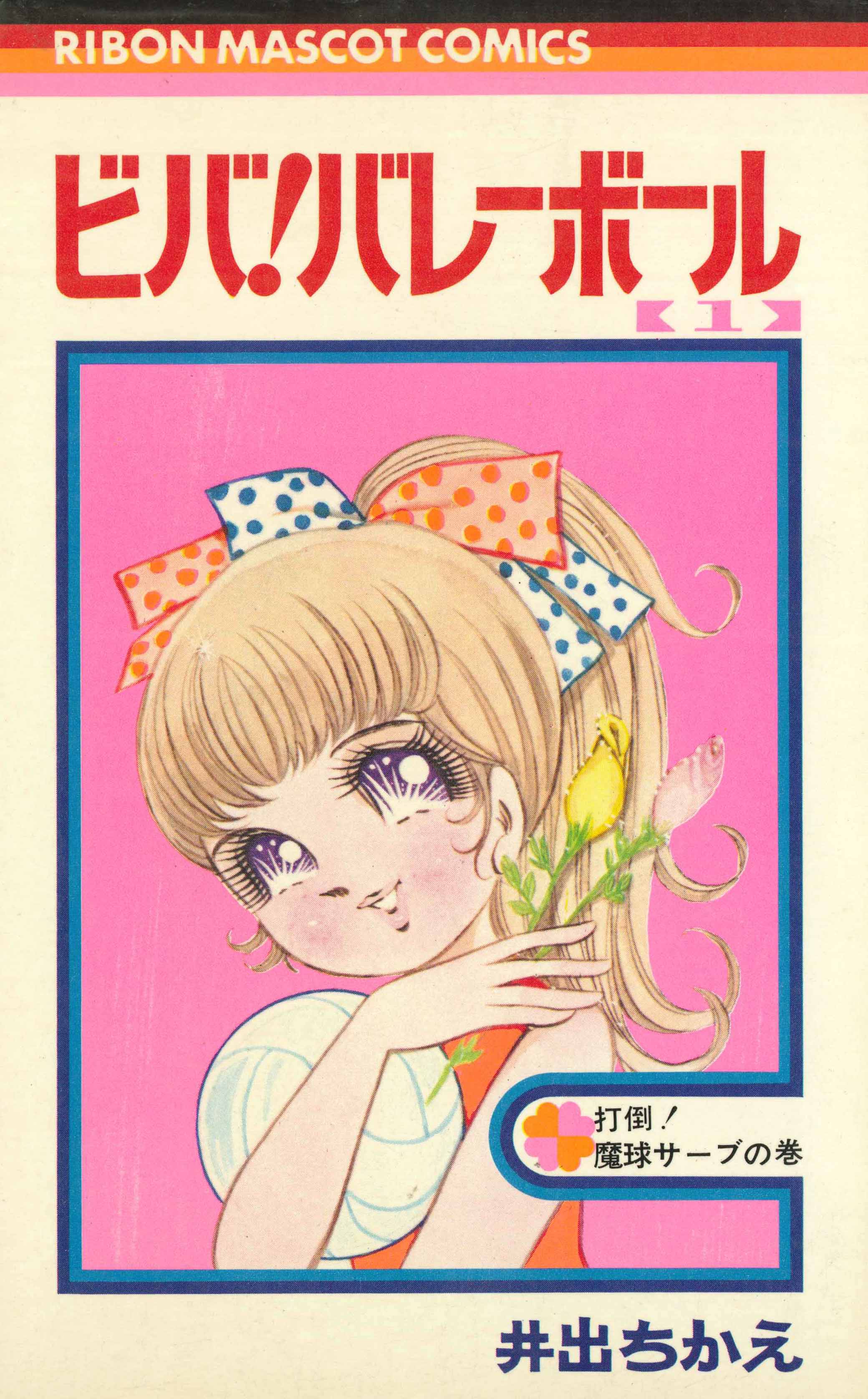 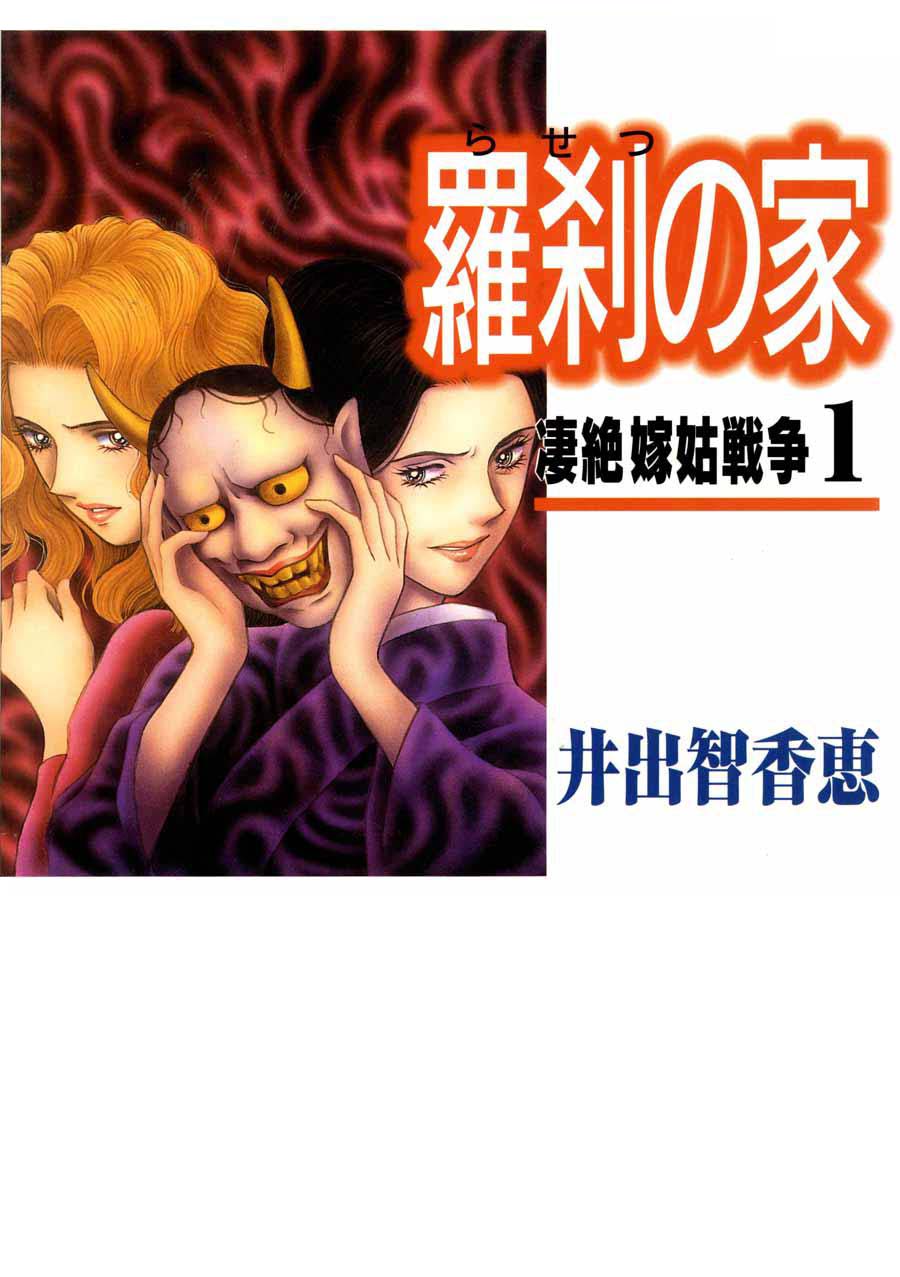 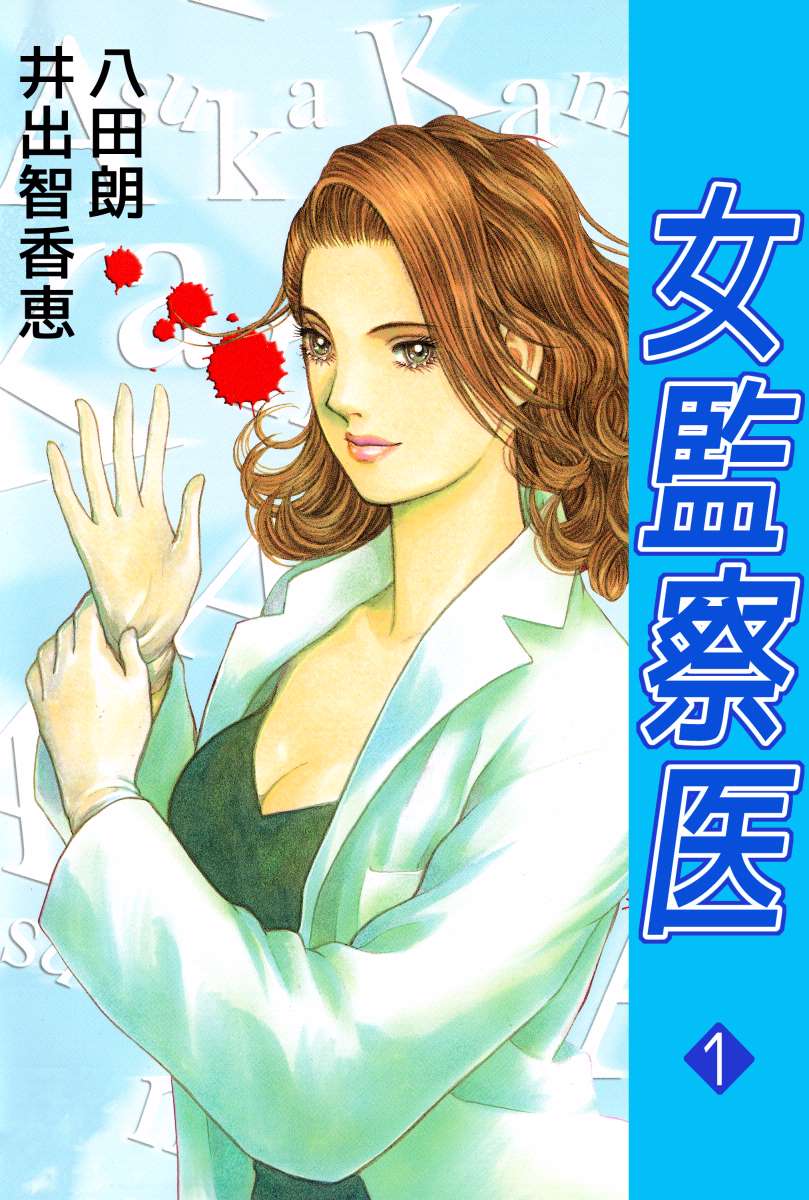 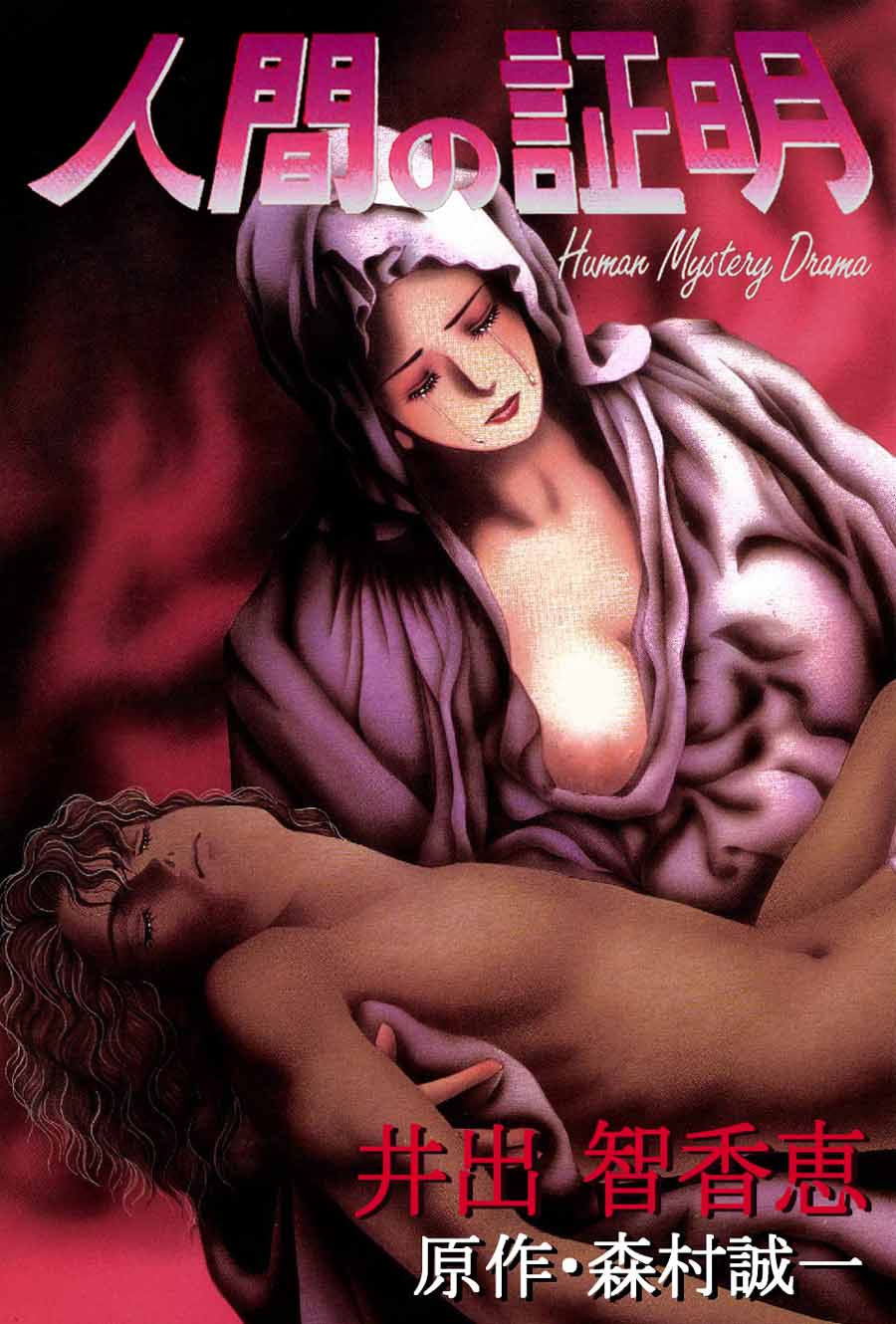 Ide’s Major WorksViva! Volleyball! appeared in Ribon, a monthly girls’ comics magazine, in 1968. This popular manga is in the genre of so-called sports manga and deals with a life of Chie Hosokawa, a junior high school volleyball player. Viva! Volleyball! made Ide a nationally-known, major comic artist.Rasetsu no ie  (The house of demons) is one of her most popular and famous comic stories. In Buddhism,rasetsu refers to a demon that lives in hell, and in Ide’s comics it refers to human hatred. The series dealt with one of the most serious themes of Japanese human relationship - the conflict between a mother-in-law and a daughter-in-law. This ladies’ comics was revolutionary and attracted readers as Ide depicted various kinds of afflictive emotions including anger, jealousy, resentment, hatred, etc. It consists of more than 4400pages, and its part 1 and part 2 ran for six years in Shūkan Josei (Weekly Women). It was made into a popular real life drama series and was aired by the Asahi TV Network from April to June, 1998.Onna Kansatsui (A Female Medical Examiner) is Ide’s thrilling comics in the drama category. Asuka Kamijo, a female medical examiner, fights against all evils in the world along with Sakurada, who is a police chief. There are two versions; one in Tokyo and another in Kyoto. This comic series was published in 27 volumes, and they are available at Amazon’s Kindle Store.Comic version of Seiichi Morimura’s mystery novels –   Ide has published more than 40 works in the mystery genre collaborating with Seiichi Morimura, a famous and popular Japanese novelist.Harlequin comic series --- In the series Ide always tries to change thedesigns of her characters and make the comic version of love stories very exciting and interesting with a touch of class. Love and romance rule the world of ladies’ comics, and Ide always wants to add a taste of mystery to her stories. She wants her readers to enjoy reading her manga and learning some life lessons as well.Introduction of the Author/TranslatorKinko Ito, Ph.D. (Sociology)Dr. Kinko Ito received her Ph.D. in sociology from the Ohio State University in 1987. She taught sociology from 1987 to 1988 at Wittenberg University in Springfield, Ohio as a visiting assistant professor. She started teaching at the University of Arkansas at Little Rock in 1988. Currently she is a professor of sociology in the Department of Sociology and Anthropology. Her specialty is Japanese Popular Culture, especially Japanese Ladies' Comics. Her books include A Sociology of Japanese Ladies' Comics: Images of the Life, Love, and Sexual Fantasies of Adult Japanese Women, Yappari Kekkon Shitai, and Sociology of Ladies' Comics: Mangagaabaku Nihonjoseino Aiyokuganbo.Dr. Ito loves traveling abroad, and she has been to more than 80 countries. She has written several e-books with her pen name K.I. Peeler on travels and other themes, which are available at Amazon.com and  <http://amazon.co.jp/>Amazon.co.jp. Her e-books include Kidnapped!? in Istanbul and Other Stories from Turkey, Hello, Colombia!, Pantyless in Scandinavia and Other Escapades of World Travel, Gourmet Food, Scrub, and Happiness in Body and Seoul,Boutique Designer Boobs and Zen: How I Survived Breast Cancer and Stay Happy in America, and Aisuruhitowo Nakushitara. All her Kindle books are US$2.99.Dr. Ito also is a director and producer of a documentary film titled "Have You Heard About the Ainu? Elders of Japan's Indigenous People Speak" (78minutes), which is available at YouTube. Dr. Ito is bilingual in Japaneseand English, and her Spanish is intermediate. Her e-mail address is<mailto:kxito@ualr.edu> kxito@ualr.edu